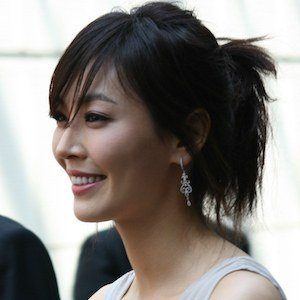 Actress who has won much acclaim for her performances on such television series as Happy Home, Iris, Two Weeks and All About Eve. She has also had starring roles in such films as Russian Coffee (2012) and Oneului Yeonae (2015).

She competed in the Miss Binggrae beauty pageant at age 14. She made her acting debut on an episode of Dinosaur Teacher in 1994.

Her performance on Happy Home has earned her a slew of awards, including a Korean Drama Award for Star of the Year and an MBC Drama Award for Best Actress in Serial Drama.

She co-starred with Chae Rim on the series All About Eve.

Kim So-yeon Is A Member Of