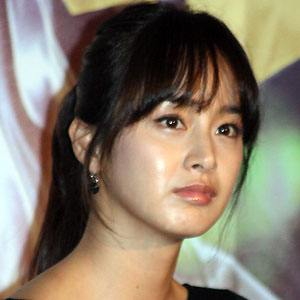 South Korea's leading lady who starred in dramas series such as Stairway to Heaven, Love Story in Harvard and My Princess.

She graduated with a degree in fashion design from South Korea's Seoul University in 2005.

She won numerous South Korean acting awards for her roles in Love Story in Harvard and The Restless, a 2006 fantasy film.

Her younger brother Lee Wan was also an actor, and appeared in Once Upon a Time in Seoul. She also has an older sister named Kim Hee-won. She married singer and longtime love Rain in 2017.

She was cast in the drama series Yong-Pal alongside Chae Jung-an.

Kim Tae-Hee Is A Member Of