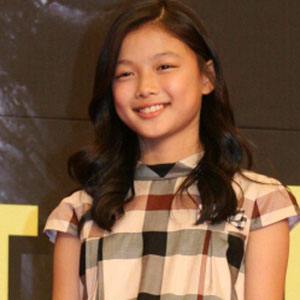 South Korean actress who is best known for playing a role on the television series Dong Yi and May Queen.

She won the title of Miss Popular in a contest when she was 5 years old.

She was featured in the music video for the song Return by Lee Seung-gi in 2012.

She was born in Seoul, South Korea and has a sister and a brother.

She acted alongside Han Hyo-joo on Dong Yi.

Kim Yoo-jung Is A Member Of