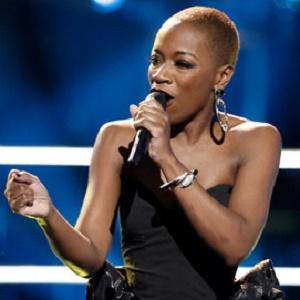 Singer-songwriter who gained fame after performing on season 8 of NBC's The Voice. Her stylish presence and rock-and-soul sound landed her on the iTunes Top 20 three weeks in a row and on the Billboard 100 charts.

Before The Voice, she shared a stage with artists such as Slash, Living Colour, Alice Smith, Janelle Monae, Nona Hendryx, Aloe Blacc, Bilal and The Heavy.

Her proudest moment was writing, releasing, and self-funding a debut album called The Yellow Brick Journey. Music from the album has been featured on MTV, VH1, BET, LOGO, Lifetime and Showtime.

Born and bred in Seattle, Washington, she moved to New York City where she launched her career.

Director George C. Wolfe personally selected her to be the featured rock performer in his film You Are Not You, which stars Oscar-winner Hilary Swank.

Kimberly Nichole Is A Member Of