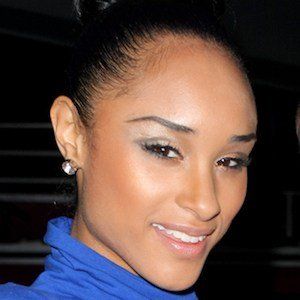 Model and Instagram sensation known for gracing the pages of magazines throughout the Caribbean and appearing in countless music videos for artists like Trey Songz and Lil Wayne. She has become incredibly popular on social media, earning more than 1 million followers on Instagram.

Even as a child, she had aspirations of one day becoming a supermodel, looking up to the likes of legends such as Tyra Banks and Halle Berry.

She has worked in a number of jobs outside modeling including becoming a licensed dental hygienist and working as a real estate agent in Florida.

She is of Panamanian and Haitian descent.

Her first major modeling job was in a music video for Flo Rida. She later went on to become his executive assistant and image consultant.

Kimmy Maxx Is A Member Of