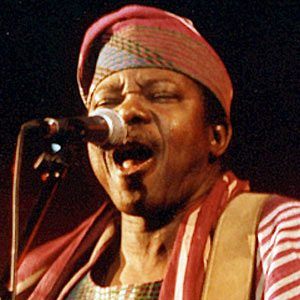 His unique brand of music in Nigeria brought him to the attention of Island Records, who signed and promoted him throughout the U.S. as the "African Bob Marley."

Despite his growing popularity, he refused to let record executives tamper with his music and was soon forgotten by Island, but he managed a comeback in 1987.

He grew up in a Nigerian Royal family in Ondo, part of the Yoruba people.

Among the artists he collaborated with was Stevie Wonder, who played harmonica for one of his tracks.

King Sunny Ade Is A Member Of