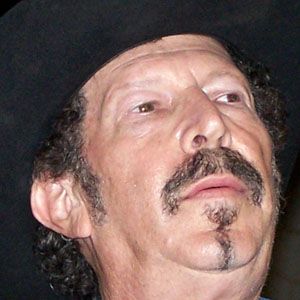 Country singer-songwriter, and novelist who has released up to thirteen albums and ran for Governor of Texas in the 2006 election. His song "Sold American" charted at #69.

He was an avid chess player when he was younger and, at age seven, he was chosen as the youngest competitor to be one of fifty players to participate in the challenge of U.S. champion, Samuel Reshevsky, in Houston. He went on to earn a Bachelor of Arts in psychology from the University of Texas, Austin in 1966.

He served two years in the United States Peace Corps and has released numerous novels, including A Case of Lone Star and Musical Chairs.

He was born into a Jewish family, to parents Dr. S. Thomas Friedman and Minnie Friedman.

He joined Bob Dylan in 1976 on the second leg of Dylan's Rolling Thunder Revue Tour.

Kinky Friedman Is A Member Of