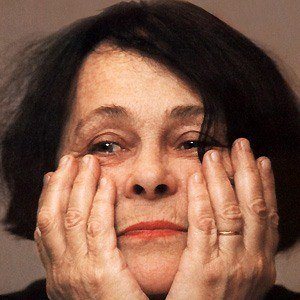 Controversial director and actress whose work underwent heavy censorship by the Soviet Union. She started gaining critical recognition with the 1990 film The Asthenic Syndrome, which earned her the Silver Lion for Best Director at the Venice Film Festival.

She graduated from the Gerasimov Institute of Cinematography and was named director at the Odessa Film Studio.

Her 1997 film Three Stories was entered into competition at the Berlin International Film Festival.

She married Yevgeni Golubenko and she has a daughter named Marianna Muratova. Her father was a member of the Communist Party and was killed in World War II.

She and French director Claude Sautet both won the Silver Lion at the Venice Film Festival.

Kira Muratova Is A Member Of