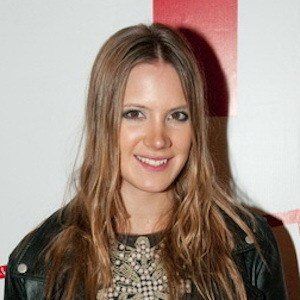 Fashion designer who became one of the youngest in the world when her first collection launched in 2007. Her chain of eponymous, high-end retail stores opened in countries around the world, including Russia, China and Armenia.

Her clothing has been a favorite of a great many celebrites, including Lindsay Lohan, Rowan Blanchard and Victoria Justice.

She is the daughter of businessman Sergei Plastinin.

She has been close friends with actress and singer Debby Ryan.

Kira Plastinina Is A Member Of