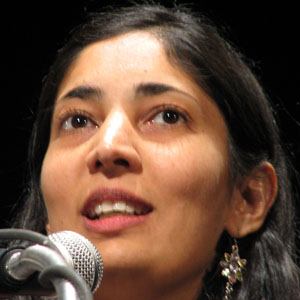 The author of the Man Booker Prize-winning novel, The Inheritance of Loss, she also wrote Hullabaloo in the Guava Orchard. She received a Berlin Prize Fellowship in 2013.

When she was fourteen years old, she moved from India to England with her mother.

She made her writing debut with the 1998 novel, Hullabaloo in the Guava Orchard.

She became romantically linked to fellow writer, Orhan Pamuk, in 2010.

Kiran Desai Is A Member Of