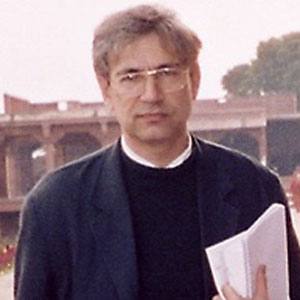 One of Turkey's most acclaimed writers, he was awarded the Nobel Prize in Literature in 2006 and the Prix du Meilleur Livre Etranger in 2002. His best-known works include The White Castle, The Museum of Innocence, and My Name is Red.

He wrote his first novel in 1979, three years after graduating from the University of Istanbul.

His novel, The Black Book, and his memoir, Istanbul, both reference his childhood in a once-wealthy but increasingly less affluent family.

He divorced Aylin Turegun in 2011. A year earlier, he had started a relationship with Kiran Desai.

He became a Nobel laureate in Literature a year after Harold Pinter received the same honor.

Orhan Pamuk Is A Member Of