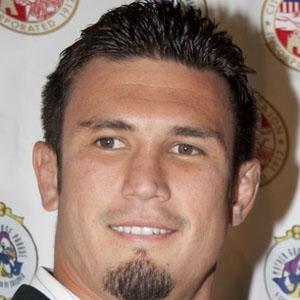 The final EliteXC Lightweight Champion had the Strikeforce Fight of the Year against Nick Diaz in 2010.

He was a 17 and under gold medalist at the 1997 Long Beach International Karate Championships.

He became a successful professional boxer and kick-boxer on top of his MMA career.

He married model Melany Lorenzo in 2009.

He witnessed his sixth career loss after a split judges decision against Ryan Couture on January 12, 2013.

KJ Noons Is A Member Of