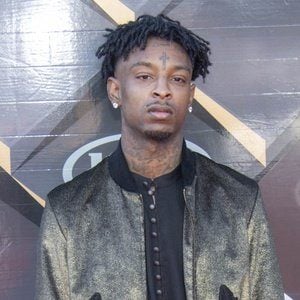 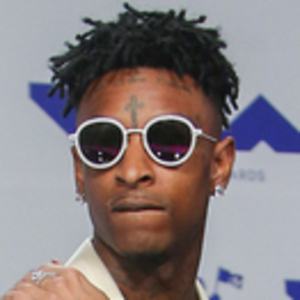 Underground Atlanta rapper who released a debut project called The Slaughter Tape. He would later put out a follow up tape called Slaughter King. He released his debut studio album titled Issa Album in July 2017.

In the 7th grade, he was expelled from DeKalb County schools for gun possession. In 2013, his friend was murdered and he was shot six times. It was at this point that he turned to rap music.

He collaborated on an EP with Metro Boomin called SavageBoomin. Jake Paul posted a YouTube video with him in 2017.

His real name is Shayaa Bin Abraham-Joseph and he was born in the United Kingdom; he later came to the U.S. at the age of 12 and settled in Atlanta where it was believed he was originally from. His mother is of Dominican descent and his dad is from the island of Saint Vincent in the Caribbean. From 2017 to 2018, he dated Amber Rose.

He dropped a tribute EP to Gucci Mane titled Free Guwop in July of 2015.

21 Savage Is A Member Of