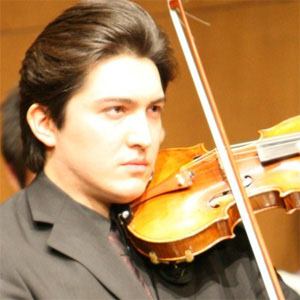 Violinist and winner of the 1997 Henryk Szeryng International Violin Competition in Mexico.

At the age of five, he began playing violin and was competing by the age of eight; he became well-decorated in awards before the age of twenty.

He founded a project orchestra called The Tokyo Chamber Philharmonic in 2006.

He was born in Freiburg im Breisgau to a German-Japanese family of medical doctors.

He furthered his studies at the Manhattan School of Music with Pinchas Zukerman.

Koh Gabriel Kameda Is A Member Of