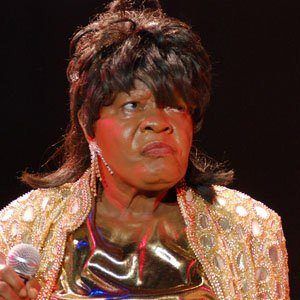 Grammy and Blues Music Award-winning singer who is known as the Queen of the Blues and who recorded "Wang Dang Doodle."

She left her rural life in the South with her truck driver husband, eventually landing in Chicago where she sought out singing jobs.

She was spotted by Willie Dixon in 1962 and her career took off after that.

She married Robert Pops Taylor in 1953 and remarried Hay Harris in 1996.

She was an influence on the music of many, including Janis Joplin.

Koko Taylor Is A Member Of