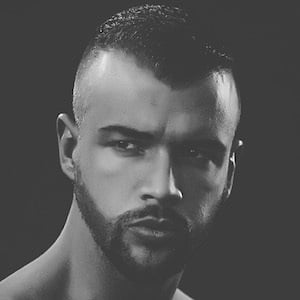 Known for his punchlines and complex rhymes, he is a rapper signed to the independent label Selfmade Records. His album King went platinum in Germany in 2014.

He began his career performing in rap battles in 2004 on Reimliga Battle Arena.

The song "Westdeutschlands Kings" sparked a feud between him and a number of international musicians including Fler and Kitty Kat.

He was born Felix Blume in Friedberg, Germany. His father is Canadian and his mother his German. He earned his stage name from his Algerian stepfather.

He worked with Farid Bang on the album Jung, Brutal, Gutaussehend in 2009 and it's sequel in 2013.

Kollegah Is A Member Of