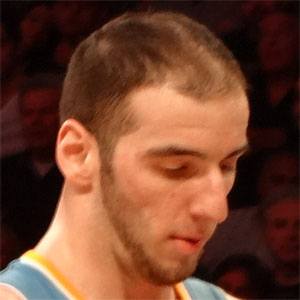 Greek center who began his NBA career with the Utah Jazz in 2008. After two years in Utah, he played for the Minnesota Timberwolves, Denver Nuggets and Memphis Grizzlies before signing with the Sacramento Kings.

He was drafted 23rd overall by the Utah Jazz in 2008 after playing two seasons at Ohio State University.

He won a bronze model with Greece's national team at the FIBA EuroBasket 2009.

He was raised with a brother named Vasilios and a sister named Maria.

He was involved in the three-team trade that sent Carmelo Anthony to the New York Knicks in 2011.

Kosta Koufos Is A Member Of