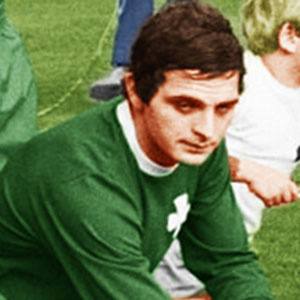 Midfielder nicknamed The Deer, he played for the Greek national for 8 years and spent the bulk of his club career with Panathinaikos.

His career was forever hampered by an injury in May, 1977 from which he would never fully recover.

His family heritage was firmly rooted in Greece, and he would represent the country well over 34 appearances with its national team from 1969 until 1977.

His career with the Greek national team was ending as Dinos Kouis' was beginning.

Kostas Eleftherakis Is A Member Of