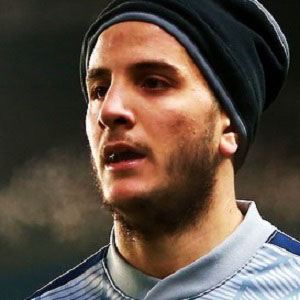 Greek center back known for his aggressiveness; he'd made his professional debut with Thrasyvoulos in 2009. He'd then play for AEK Athens and Olympiacos before signing with Roma in 2014. He made his Greek national team debut in 2013.

He began his youth career with Pannaxiakos Naxos.

Prior to joining the Greek national senior team, he played for their under-21 team from 2009-2011.

He grew up with his family in Naxos, Greece. He's the nephew of Greek footballer Stelios Manolas.

Kostas Manolas Is A Member Of