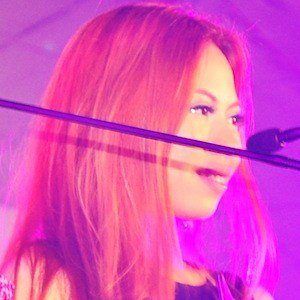 Known as being one-half of the singing duo Krissy & Ericka with her sister Ericka Villongco. She and her sister first gained renown on YouTube by posting song covers. In 2014, she released her first single "We Can't Be."

She began her krissysings YouTube channel on August 24, 2007. She posted her first video there the next day.

She has amassed more than 110,000 subscribers to her krissysings YouTube account. In 2012, she and her sister released their second studio album Twelve: Fifty One, which charted at #6 on the Philippine Music charts.

She was born and raised in Manila, Philippines.

She and her sister first gained prominence for their cover of Taylor Swift's song "Sparks Fly."

Krissy Villongco Is A Member Of