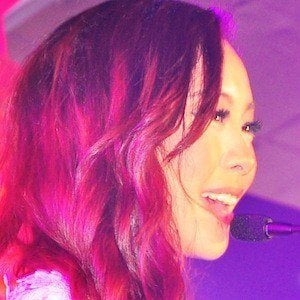 Singer and guitarist who, along with her sister Krissy, found viral fame through their YouTube covers of songs by artists like Justin Bieber and Lady GaGa. She and Krissy released their debut LP of original songs, Krissy & Ericka, in 2009 before following up with Twelve: Fifty One in 2012.

She made her first appearance on her sister's YouTube channel in March 2008.

Her song "Surf's Up" earned her Best Performance by a New Group Recording Artists honors at the 23rd Awit Awards.

She is the cousin of singer and stage actress Cris Villonco. She previously dated James Reid, winner of Pinoy Big Brother: Teen Clash 2010.

She was signed to MCA Records after a video of her and Krissy singing Taylor Swift's "Sparks Fly" was featured on Ryan Seacrest's website.

Ericka Villongco Is A Member Of