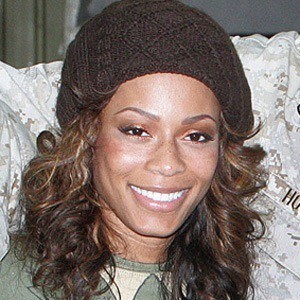 Model and former professional wrestler, most known for her work with World Wrestling Entertainment. She also competed in TNA from 2009 to 2010.

Before becoming a professional wrestler, she competed in the Miss California 2004 pageant and also worked as a model on the NBC show "Deal or no Deal."

She appeared in countless music videos, for artists such as 50 Cent and Mase.

She dated fellow wrestler Bobby Lashley from 2007-2010; they share a son named Myles and a daughter named Naomi.

She and Britani Knight both held contracts with the WWE.

Kristal Marshall Is A Member Of