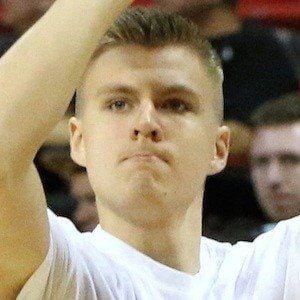 Latvian forward who was drafted fourth overall by the New York Knicks in 2015. He was selected to his first NBA All-Star Game in 2018.

He was born in Liepaja and played youth basketball for BK Liepajas Lauvas. He began playing professionally for the Liga ACB team Baloncesto Sevilla in 2012 and was named to the ACB All-Young Players Team for the 2013-14 season.

He declared for the 2014 NBA Draft but withdrew his name shortly before the start of the draft.

His brother, Janis, has played for the Croatian A-1 Liga team KK Sibenik.

He and guard Jerian Grant were both acquired by the Knicks during the 2015 NBA Draft.

Kristaps Porzingis Is A Member Of