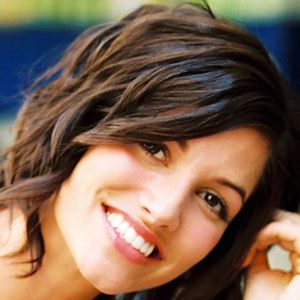 Television personality who became known to gamers as the host of the G4 show Cheat!. She has since hosted several other entertainment shows, including Character Fantasy on USA Network and Real Music Live on NBC.

She graduated from Texas Christian University and was a Dallas Cowboys cheerleader.

She auditioned for the first season of American Idol and slipped under the judges table during her audition in Dallas.

She married Daniel Adams, with whom she has children named Holt and Harper.

She and Olivia Munn are both former hosts on the G4 network.

Kristin Adams Is A Member Of