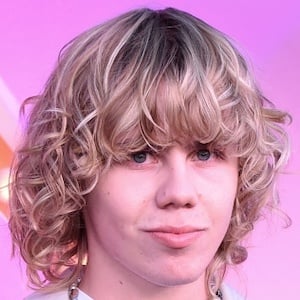 Australian hip-hop artist who had a quick rise to the top after the release of his singles "Blessings," "Disconnect" and "Moving." He's picked up more than 3.5 million subscribers on his personal YouTube channel.

He recorded his debut EP 14 With A Dream when he was just 14 years old.

His biggest social media fan base is on Instagram where he posts lifestyle and in-studio photos for 3.2 million followers.

He's from the Redfern/Waterloo area of Australia. He has a younger brother named Austin. In 2020, he began dating TikTok star Katarina Deme.

The Kid Laroi Is A Member Of