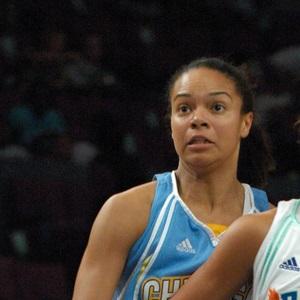 Highly decorated collegiate player out of the University of Maryland who hit a game-tying three pointer in the 2006 National Championship that led to an eventual victory in that game for the Terrapins.

In her rookie season at Maryland she earned a spot on the ACC All-Freshman Team.

She was drafted 3rd overall in the 2009 draft by the Chicago Sky.

She is from Harrisonburg, Virginia.

She later played for the Los Angeles Sparks where she teamed up with Candace Parker.

Kristi Toliver Is A Member Of