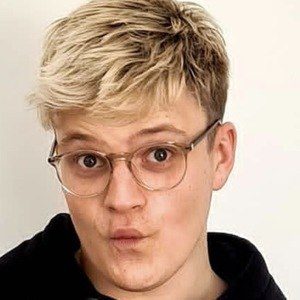 YouTube star who is famous for his Stupidaagaards channel. He has gained massive popularity for his food reviews through his Ask Friday series, alongside challenges and lively personal vlogs.

He has one brother named Frederik.

Kristian Kulmbach Is A Member Of