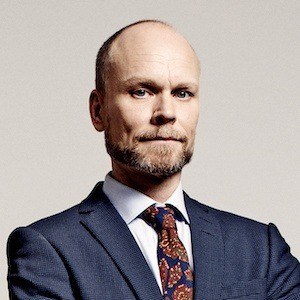 Swedish comedian and television presenter who is best known for his appearance and role in the series Sen Kvall Med Luuk.

He began by studying civil-economy at Handelshögskolan in Stockholm. While in school, he began getting involved in the students-radio and local radio program. After earning recognition for his work in radio, he began starring in television in 1996.

He was born and raised in Stockholm, Sweden. He married Carina Berg in 2008.

As a television personality from Sweden, he is a lot like other Swedish television stars including Alexander Skarsgard, Stellan Skarsgard, and Peter Stormare.

Kristian Luuk Is A Member Of