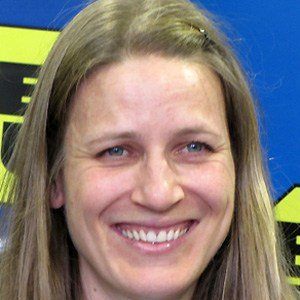 Canadian speed skater who is a four-time Olympic medalist, winning three silvers and one bronze in Turin in 2006 and Vancouver in 2010.

She graduated from University of Calgary with a degree in kinesiology.

She won the gold medal in the 3000-meter speedskating event at the Nagano Olympics in 2008.

Growing up in a Norwegian family, speed skating came naturally.

She competed in the 2010 Winter Olympics in Vancouver, where another famous Canadian, Wayne Gretzky, was the torchbearer.

Kristina Groves Is A Member Of