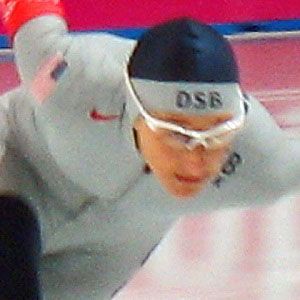 Cuban-American speed skater represented the United States in four straight Winter Olympics from 1998 to 2010, winning bronze medals in the 1,000 and 1,500 meters in 2002. In 2005, she was the World Speed Skating Champion in the sprint event.

She was born in Miami, Florida and was a multiple-time national champion in artistic roller skating before transitioning to speed skating.

She was given the nicknames "Miami Ice" and "J-Rod" during her career.

She was previously married to American speed skater KC Boutiette.

She and fellow Floridian Brittany Bowe are both World Champions in women's sprint speed skating.

Jennifer Rodriguez Is A Member Of