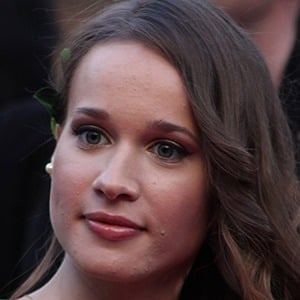 Slovak singer and actress who's famously known as Kristína. She rose to fame after representing Slovakia in the Eurovision Song Contest 2010 with the song "Horehronie".

She started her career as a singer at an early age and she attended the music school Conservatoire in Košice.

She released her first single "Som tvoja" in 2007.

She married Marián Kavulič in 2016.

She played Lucia Martnez in the 2015 comedy Life Is Life starring Sara Sandeva.

Kristina Pelakova Is A Member Of