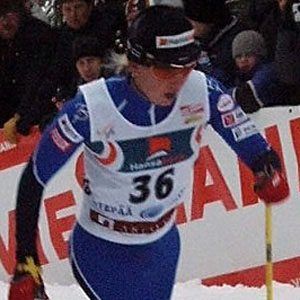 Cross-country skier who won two gold medals at the 2006 Winter Olympics in Turin.

She was a very successful youth skier and was coached by her father from a young age.

She won a silver medal at the 2010 Olympics, shortly before retiring.

With her 2010 medal, she tied Andrus Veerpalu as Estonia's most successful Olympic athlete.

Kristina Smigun-vahi Is A Member Of