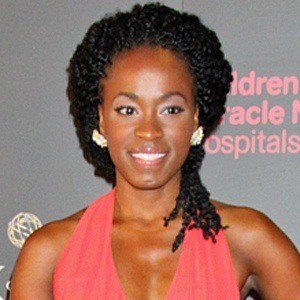 Widely recognized as Dayzee Leigh Forrester on the daytime soap opera The Bold and the Beautiful. In 2017, she starred as Alana Beck in the musical Dear Evan Hansen.

She earned a bachelor's in drama from Carnegie Mellon University before making her acting debut in The Routes of Wild Flowers.

She was born in Houston, Texas to Kenneth and Lillie Lloyd. She has two brothers, Markus and Jeremy.

In The Bold and The Beautiful, she acted alongside Katherine Kelly Lang.

Kristolyn Lloyd Is A Member Of