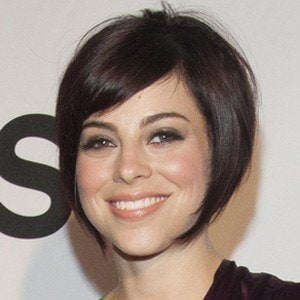 Actress and singer best known for originating the role of Wednesday Addams in the Broadway musical The Addams Family. She was also featured in the second season of the NBC musical series Smash and began starring as Ms. Crumble in Netflix's Daybreak in 2019.

Her Broadway debut came in 2005 when she appeared in Good Vibrations. She followed this with performances in A Chorus Line.

She was born in Orange, California.

She co-starred alongside Zachary Levi in the Broadway production of First Date the Musical.

Krysta Rodriguez Is A Member Of