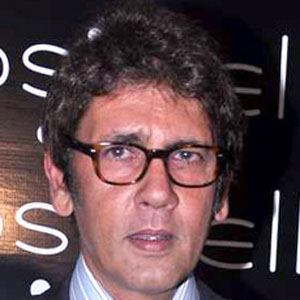 Known for his roles in such Hindi films as Naam, Kaante, and Teri Kasam, this Indian screen actor is perhaps most famous as the son of Bollywood star Rajendra Kumar. Kumar Gaurav's most acclaimed performance was in a 1985, Mahesh Bhatt-directed feature titled Janam.

He first appeared on screen in Love story, a 1981 Rahul Rawail-directed movie.

He stepped out of the spotlight from 1993 until 2000, returning to the big screen to play a secondary role in a Bollywood film titled Gang.

His marriage to Namrata Dutt (the child of Indian actors Nargis and Sunil Dutt) resulted in children named Siya and Saachi.

He and his brother-in-law and fellow actor, Sanjay Dutt, appeared together in the films Kaante and Naam.

Kumar Gaurav Is A Member Of