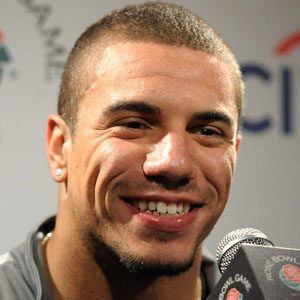 NFL safety who was selected by the Philadelphia Eagles in the seventh round of the 2010 NFL Draft. He's also played for the Minnesota Vikings, Kansas City Chiefs, and Carolina Panthers.

He played at Ohio State University, where he was an All-Big Ten and Sporting News First-team All-American selection in 2009.

As a freshman at OSU, he paralyzed teammate Tyson Gentry in a freak accident during practice. Their relationship has since become extremely close and has been written about in several publications.

He was born to Heidi Williams and Ron Coleman. He married Laura Coleman in 2014 and has two daughters.

He played for coach Jim Tressel at Ohio State.

Kurt Coleman Is A Member Of