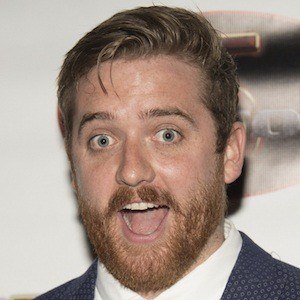 Comedian featured as part of the sketch comedy YouTube channel The Bath Boys that has featured skits such as "Bane Off," "Penny Man" and "Hipsters Island." The channel has 160,000 subscribers.

His career as an actor began around 2008.

He was part of the production staff on the show KC Undercover. He has been a writer for Smosh and a show called The Big What If.

He was born in San Bernardino County, California.

He was in a movie called I Love You Both alongside Lucas Neff.

Kurt Maloney Is A Member Of