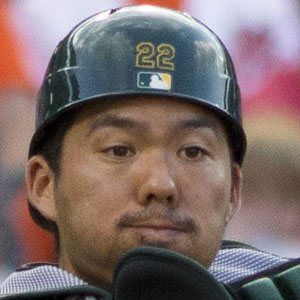 MLB catcher who played five seasons with the Oakland Athletics before being signed by the Washington Nationals in 2012. He won the 2019 World Series Championship as a member of the Nationals.

He won the College World Series while playing for Cal State Fullerton in 2004.

He won the prestigious Johnny Bench Award and the Brooks Wallace Award his senior year in college.

He had a daughter with his wife Renee Suzuki.

In 2009, he hit the second most home runs for the Oakland Athletics behind teammate Jack Cust.

Kurt Suzuki Is A Member Of