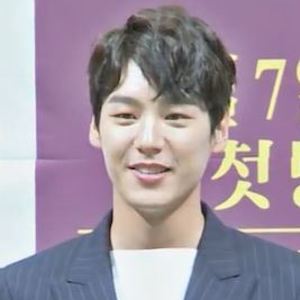 Actor who found great fame playing Park Joon-woo on the SBS drama The Second Last Love. He is also famous his roles in such films as Night Flight (2014) as well as his virtual marriage to actress Kim So-yeon on the reality show We Got Married.

He attended Dankook University. He appeared in the music video for Yoon Hwa Jae In's "Was Love Like This" in 2007, seven years before making his official acting debut.

His performance on The Second Last Love earned him the New Star Award at both the SBS Drama Awards and the Asia Artist Awards.

He was cast alongside Ji Jin-hee on The Second Last Love.

Kwak Si-yang Is A Member Of