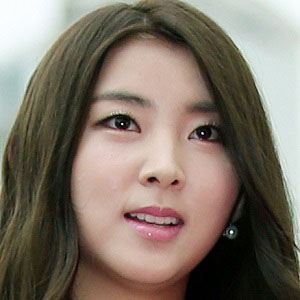 Before joining 4Minute, she performed with a band called Orange, joining the group when she was only twelve years old and recording an album titled We Are Orange. She went on to record "Hot Issue," her first hit single with 4Minute, in 2009.

An actress as well as a singer, she starred in the 2014 Korean film Hwanggu and appeared in such MBC and SBS series as, respectively, Jewel in the Palace and Lovers in Paris.

Born and raised in Seoul, South Korea, she graduated at the top of her class from the Pungmoon Girls' High School and went on to study theatre and film at Dongguk University.

She and Kim Hyuna both rose to fame as members of 4Minute.

Kwon So-hyun Is A Member Of