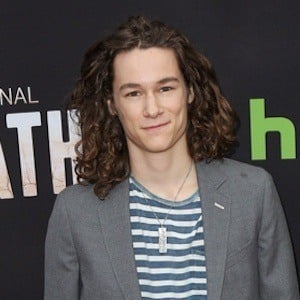 American actor who reached a new level of fame when he was cast as Hawk Lane on the Hulu original series The Path. He was previously a dancer with the San Francisco Ballet.

He did classical ballet for five years and acrobatics for six. He attended the Washington, D.C. boarding school The Kirov Academy of Ballet.

He was a member of the Junior Olympic National Team for one year.

His sister is a world-class dancer.

He plays Michelle Monaghan's son on The Path.

Kyle Allen Is A Member Of