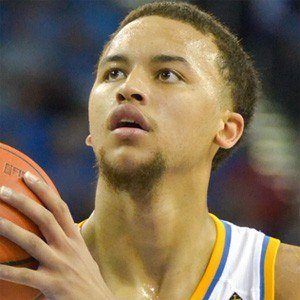 Versatile forward known as Slow-Mo who played point-forward for the UCLA Bruins from 2012 to 2014 and was named to the All-Pac-12 first team in 2014. He was selected 30th overall in the 2014 NBA Draft by the San Antonio Spurs.

He was a McDonald's All-American, a Parade All-American, and was invited to play in the Jordan Brand Classic after capturing 119-6 overall record in high school.

He helped lead UCLA to victory in the Pac-12 championship game after posting 21 points, 15 rebounds, 5 assists, and only 1 turnover.

He was born to Kyle Sr. and Suzanne Anderson and his grandfather Clifton Anderson spent two years in the NFL.

He and Shabazz Muhammad were among the top recruits at the forward position in 2012. They spent one season together at UCLA before Muhammad entered the 2013 NBA Draft.

Kyle Anderson Is A Member Of