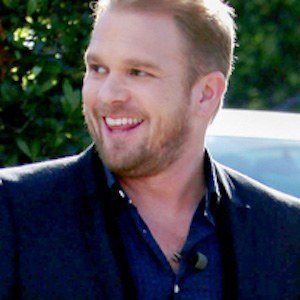 Country music songwriter who writes music on piano and guitar. He co-wrote the Garth Brooks song "More Than a Memory" which was the first song to debut at #1 in the history of the Billboard Country Singles chart.

He became a staff writer for Curb Music in 2003.

He is from the town of Bloomington, Minnesota. He married fellow country artist Kellie Pickler on January 1, 2011. He can be seen on Country Music TV alongside his wife on the show I Love Kellie Pickler.

Songs he wrote have been recorded by artists including Trace Adkins, Tim McGraw, Kelly Clarkson and several others.

Kyle Jacobs Is A Member Of