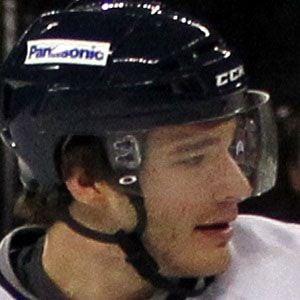 American right wing who was drafted 26th overall by the Anaheim Ducks in 2009. He debuted for the Ducks in 2010 and was traded to the New Jersey Devils in 2015.

He played junior hockey in the USA Hockey National Team Development Program in Ann Arbor, Michigan and one year of college hockey at the University of Notre Dame.

He competed for the United States at the 2012 World Championships, where the team finished ini 7th place.

He was born to Bruce and Tammy Palmieri and raised with two sisters, Tahrin and Taylor, and a brother, Devon.

He was teammates with Ryan Getzlaf during his time on the Ducks.

Kyle Palmieri Is A Member Of