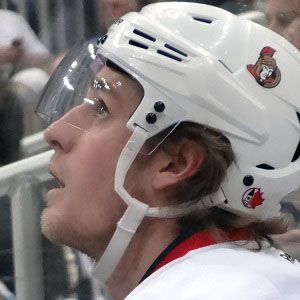 Hockey centre who has won gold medals representing Canada at tournaments like the 2006 World Junior A Challenge and 2008 IIHF World Under-20 Championship. He is best known to NHL fans for his years with the Phoenix Coyotes and Ottawa Senators.

He began playing in the British Columbia Hockey League at age 16 and received the Bruce Allison Memorial Trophy as the rookie of the year.

He was named Canadian Junior A Player of the Year in 2007.

He married a woman named Julie. His father is Canadian Lacrosse Hall of Famer Bruce Turris.

He has played alongside goaltender Craig Anderson in Ottawa.

Kyle Turris Is A Member Of