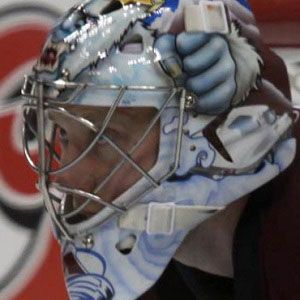 Goaltender who has played for NHL teams like the Florida Panthers, Colorado Avalanche and his hometown Chicago Blackhawks. Prior to his NHL career, he won the OHL Goaltender of the Year award as a member of the Guelph Storm.

He was born in Park Ridge, Illinois and began his OHL career in 1998.

During the NHL offseason, he has taught hockey skills at the Craig Anderson's Goalie School in Chicago.

He married a woman named Nicholle and has sons named Jake and Levi.

He took over for Peter Budaj as the starting goaltender for the Avalanche in 2009.

Craig Anderson Is A Member Of