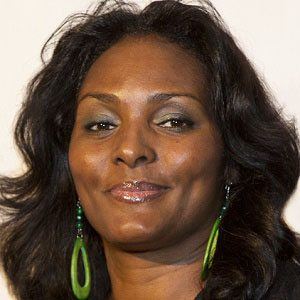 6'2" center who spent three years with the New York Liberty in the WNBA before spending 12 years playing in Europe. She was named the starting center in the inaugural WNBA All-Star Game in 1999.

She was a star in basketball and track at Iroquois High School in Louisville, Kentucky, winning three state championships in shot put setting the state record in her senior year.

She has appeared as a model in the pages of publications like Glamour Magazine and was one of the original models for Lane Bryant's "V-Girls" campaign.

She is one of seven children born to Joyce and Donald Hampton.

She and Rebecca Lobo are both members of the New York Liberty Ring of Honor.

Kym Hampton Is A Member Of