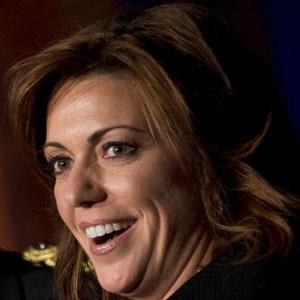 Award-winning CNN news anchor who worked as an embedded reporter during the Persian Gulf War and covered Iraq extensively.

She worked as an investigative reporter for Los Angeles's CBS Channel 2, and before that was a weekend anchor for WDSU-TV in New Orleans.

She was one of the first women to fly in an F-14 fighter jet in air-to-air combat simulations and was on board the aircraft carrier USS Abraham Lincoln during the 2003 Iraq invasion.

She was involved with John D. Roberts, a news anchor for Fox News, who formerly worked at CNN.

Candy Crowley was another well-known CNN news anchor, becoming even better known after moderating the debates in the 2012 presidential election.

Kyra Phillips Is A Member Of