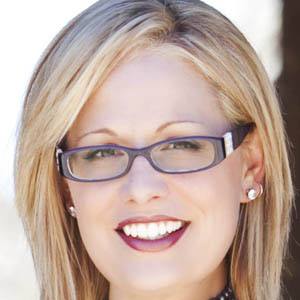 Congresswoman from Arizona who became the first openly bisexual person in Congress in 2012. She was also the second active member of Congress to finish an Ironman competition. In 2019, she became the first woman to represent Arizona in the US Senate.

She earned a BA from Brigham Young University at age 18, after graduating valedictorian from her high school at age 16.

The Sierra Club, one of the oldest and most influential grassroots environmental organizations in the US, named her its most valuable player in 2005 and 2006.

She was raised in a conservative Mormon family.

Like Barney Frank, she is an advocate for gay rights in Congress.

Kyrsten Sinema Is A Member Of