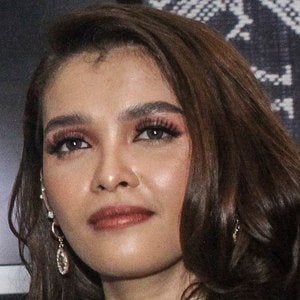 Most Popular#29049
Singer Born in Philippines#30

Filipino singer who shot to stardom after winning the first edition of The X Factor Philippines. She released her self-titled debut album, which included the hit single "Puro Laro," in 2013.

She sang as a child but stopped temporarily after suffering from throat issues during her junior year in high school.

She was nominated for Favorite New Artist and Favorite Female Artist at the 2014 Myx Music Awards, winning the former.

She was born Kristine Zhenie Lobrigas Tandingan. She has siblings named Kathrine and Tex.

She covered Lauryn Hill's "Ready Or Not" during the audition stage of The X Factor Philippines.

Most Popular#29049
Singer Born in Philippines#30

KZ Tandingan Is A Member Of